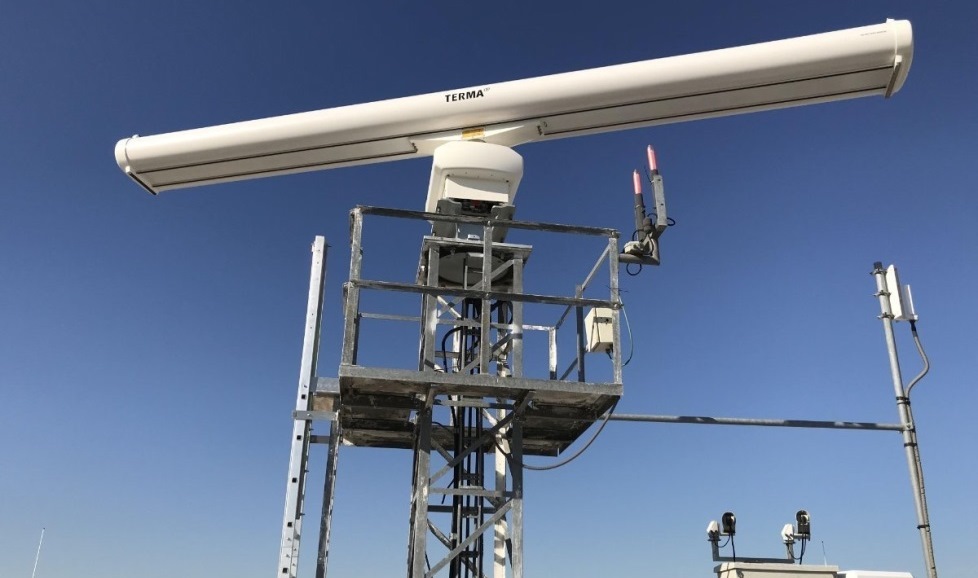 In 2019, the North Tower will be upgraded the same way.

Following the upgrade, Madrid Barajas Airport will benefit from the well-known SCANTER radar surveillance, processing, and extraction as the primary non-corporative surveillance sensor integrated into the airport’s A-SMGCS. Among the benefits of Terma’s tracker are the ability to process the recorded radar video without any loss in the video quality, improved dynamics in the detection, and no external hardware needed.

“The updated contract also reflects the long-term relationship between AENA and Terma. At Terma, we are proud and honored when a valued customer prolongs a relationship or, as is the case here, becomes the first mover on new technology,” says Jesper Fammé, Manager, Security Sales, Terma.
The purpose of the Surface Movement Radar is to maximize safety in airports by allowing Air Traffic Controllers to monitor, advise, and instruct aircraft, vehicles, personnel, etc. moving on the ground in an airport. A radar is very suitable for this purpose as it covers a large area and operates independently of light conditions (day/night), visibility conditions, e.g. fog, and possible precipitation e.g. rain and snow.

Besides Madrid Barajas, Terma Surface Movement Radars are in operation in other Spanish airports including Tenerife Norte, Santiago de Compostella, and soon to be in Bilbao.

A total of plus 130 international airports around the globe are equipped with Terma SMR radars.

About Terma
The Denmark based high-tech Terma Group develops products and systems for defense and non-defense security applications; including command and control systems, radar systems, self-protection systems for aircraft, space technology, and aerostructures for the aircraft industry.

We use cookies to ensure that we give you the best experience on our website. If you continue to use this site we will assume that you are happy with it.OkRead more